Mio Matsuda, a multilingual musician who sings from Portugal’s Fado to Latin American and African rhythms, and has performed for many years with artists from European, African and Latin American countries. In recent years, she has been researching historical folk songs through archives and fieldwork with people in local areas.

“Creole Nippon” is a project that lost songs brings to life, revitalizing local memories of people attached to the nature and history. The title comes from Mio’s longtime experiences in Cabo Verde, the creole archipelago in the Atlantic Ocean. The songs express Japan’s creole roots and stories, created through the mixture of people interacting throughout history. Diverse Japanese songs sung by people living in the mountains, hidden Christian

islands, immigrants to Brazil, Hawaii, and the South Sea tell us of forgotten histories.

As we keep social distance, this online musical performance can be an exciting way to connect the people and lands. We use the word “through the window” in the title because the window, both real and virtual, can take us on imaginary travels and inspire each other. These precious songs are a gift to share with people in the world by exchanging positive energy and affection through the window of music. 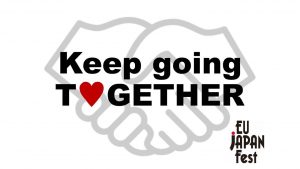